Karim is a public service leader who has worked in progressively senior roles in public policy, politics, journalism and academia in Toronto and the United States since 2001. He is also a board member of The Atmospheric Fund and Corporate Knights, Inc., a member of the Banff Forum, and a founding faculty member of Maytree Policy School. Karim was previously Deputy Principal Secretary for the Premier of Ontario, the Honourable Kathleen Wynne, and served as Executive Director of Policy for Premiers Wynne and Dalton McGuinty. He has worked as a journalist, an editorial writer at The Globe and Mail, and as an editorial assistant at Slate magazine. Karim holds a Master in Public Policy from Harvard’s John F. Kennedy School of Government. 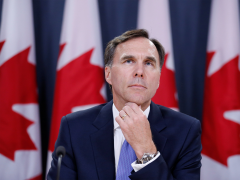